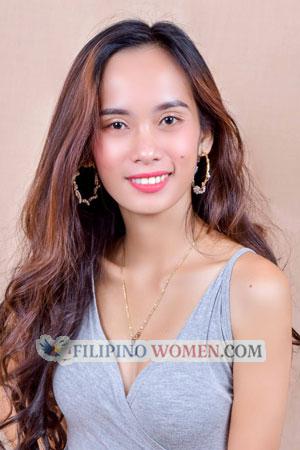 Newest, beautiful, single women now added for week of Wednesday, January 15, 2020 - Tuesday, January 21, 2020
You have to meet the women to marry them! We have group singles tours departing nearly every month!

Women in the Philippines | Genuine Filipino Ladies and Their Characteristics 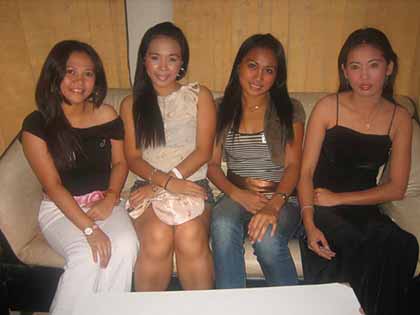 Women in the Philippines are among the most beautiful women in the world. Learn more about them.

With a genetic cocktail of beauty, rich history, and numerous tourist attractions, the Philippines is undoubtedly your one-stop country for beautiful people and places. The country has gone through different colonializations which resulted in interracial marriages and of multiracial offsprings. This explains the vast diversity of the nation in beauty, cultures, cuisines, and languages. Women in the Philippines have different skin colors, statures, and facial features. The Philippines, the Pearl of the Orient Seas, is indeed a melting pot of foreign influences subtly adopted by the native people.

With more than 7,000 islands, the country consists of various native tongues. However, the major languages spoken are Filipino and English. These languages are the mainstream in academic and business platforms nationwide. Tourists that visit the nation will not find it difficult to navigate around the place as most Filipinos can express themselves through English very well. Friendly, fun, and helpful, tourists will impossibly have a hard time communicating with Filipinos.

As one of the developing countries, education has been increasing over the years. Filipino men and women are more attuned to the positive impacts of education on their financial status and overall economy of the country. While its educational system is yet keeping up with the rest of the highly developed countries in the world, it doesn’t make Filipinos any less educated people than they are. In fact, thousands of them are excelling not only inside the country but also abroad by virtue of their education. Similarly, the number of educated Filipino women is increasing.

Contrary to what was most believed in, many Filipinas are far from uneducated as most of them take education seriously. Their families raise them up with an understanding as to how education can largely influence their statuses in life. They are, in fact, well-rounded in speaking both Filipino and English language. They are even sophisticated in traveling, too. Just like their Western counterparts, Filipino ladies love traveling and learning from such experiences.

Filipinos are resilient and receptive to change since their colonial past. Women in the Philippines have adopted Western beauty standards, cuisines, cosmetics, and liberal mind-sets. Most of them envision migrating to the US and living their American dreams. For Western men who just hopped into the realms of dating or searching for second chances in love, they find that it’s one of the Filipino women characteristics to be open for May-December or interracial marriages. Generally, this is not because they’re after the money of their potential foreign husband. Some have left the traditional domestic form of dating to embrace the bandwagon of international online dating.

Single women in the Philippines imagine meeting their knight in shining armor from the West and marrying them. Foreigners who have joined international romance tours, particularly in the Philippines, can attest to how Filipino women prefer foreign husbands than from their own. A lot of foreign men successfully found their perfect match and went home with their Filipina wives happily married and building their own families. Find out below why thousands of foreign men prefer Filipinas than any other woman in the world.

Filipino women grew up in families that uphold Filipino culture, such as having strong family ties, fondness for children, values from tradition and religion, and great love. With this pattern of building families, Filipino women are already the most ideal brides. Even the Philippines single mom are not left behind from the natural appeal Filipinas possess. Here are what makes them the best brides in the world:

In the normal dating scene, Filipino women strive to better know their partners before devoting themselves to a lifetime commitment. By nature, they are reserved and humble with deep-seated values within. As they are very respectful to others, they expect others to treat them that way, too, especially their potential lifemate. And once they say their vows, their loyalty is time-tested. While not all Filipino women can promise fidelity, most of them have the value of monogamy deeply instilled in them, a result of their Christian beliefs. It may take some time for them to open up, but when they do, you’ll get to know the sweetest, modest, and caring lover in the world.

While modern Filipino women are mostly absorbed in their jobs, they know and love to cook different Filipino cuisines when given the opportunity. Most of their festivals, birthday parties, and other social gatherings centered around food the whole day. If huge events, basically everyone in the neighborhood, especially the relatives, are invited to mainly eat at the event. On normal days, these ladies love to cook for their families. Imagine having a wife that doesn’t take cooking as a chore but does it as an avenue to express her love to her partner.

There are more amazing qualities that women in the Philippines have. Not all of them may have such qualities yet there’s more to them than not having that. Interested to meet your Filipina match? Dating them has never been so easy and quick. Sign up with us for free today!


Newest, beautiful, single women now added for week of Wednesday, January 15, 2020 - Tuesday, January 21, 2020
You have to meet the women to marry them! We have group singles tours departing nearly every month!