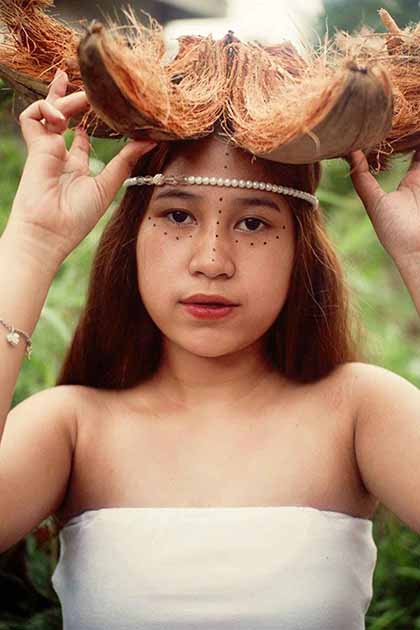 The Philippines, lovingly called the Pearl of the Orient Seas, has a rich history and diverse cultures and traditions.

The Philippines, known as the Pearl of the Orient Seas, has a rich history that shaped its cultures, traditions, language, and more. The country is divided into three main regions: Luzon, Visayas, and Mindanao. Luzon houses the capital city, Manila, and has the largest population compared to other cities.

The country has gone through various colonial administrations but not without historical battles against the colonizing countries. Philippine history is an archive of colonialization, revolution, diplomacy, martyrdoms, and finally, independence. Read on to know more about its history.

The History of the Philippines

For over 300 years, Spain colonized the Philippines, initially viewing it as a stepping-stone to the riches of the East Indies (spice) and to further their Christian missionary efforts. In 1521, the Spanish expedition was pioneered by Ferdinand Magellan who, later on, was killed in a battle against a Filipino tribe. On some successful expeditions, the Spanish conquistadores immediately introduced the concept of Christianity, undermining the beliefs of ancient Filipino gods and superseding the influence of Islam.

The Spanish invasion left a legacy to the Filipino culture and traditions. In fact, the country’s name itself was an honor after the late Prince Philip, an heir to the Spanish throne. Generally, Filipinos refer to their Spanish colonial experience as “300 years in a convent” as Catholic faith is their most enduring legacy to the Philippines. More than that, the Philippines inherited Spaniard’s cultural traits from their surnames, their national attire, to their cuisine and language.

The arrest and execution of the Philippines’ propagandist, now national hero Jose Rizal, signaled the momentum of revolution between the Filipinos and Spaniards. With American help, the Philippines gained its freedom from Spain under the Spanish-American treaty where Spain sells the entire Philippine archipelago to the US for $20 million. The leader of the rebellion and the first president of the Philippine Republic, Emilio Aguinaldo, then declared independence without success as this was opposed by the US that had since planned to take over the colony. Soon after, the Filipino-American war broke out. In 1898, Aguinaldo led a guerilla war against the Americans and, in the later years, was captured, resulting in his declaration of Philippine allegiance to the United States.

From 1935 to 1945, the Americans implemented a ten-year transitional period for the Philippines, called the Commonwealth era, intended for tutelage and preparation for the Philippines toward its eventual independence. Unlike the Spanish regime which offered education merely to Filipinos with high economic status, also known as “illustrados,” the Commonwealth provided an opportunity for every Filipino to enjoy an education system dedicated to developing their moral character, civic conscience, personal discipline, and vocational efficiency.

Added to the Spanish-acquired values is that of American’s. The latter had put a great importance on education, brought new modes of transportation and communication, emphasized the importance of health and cleanliness, and introduced new forms of sports and recreation. There’s no denying that the US had improved the economy and system of the government. America’s greatest achievement in the Philippines was the increased number of Filipinos who knew how to read and write.

However, while there are numerous positive impacts of American rule, there are also negative results. The focus of Filipino culture was directed toward American trends. The Philippines developed colonial mentality where Filipinos look up to Western standards and became materialistic and individualistic in many ways.

In 1942, the Commonwealth era was interrupted when the Japanese occupied the Philippines. Filipino civilians greatly endured years of Japanese military hostility. The world had witnessed the most historical and gruesome event during the Bataan Death March where 76,000 starving and sick American and Filipino defenders were forced to endure. Japan occupied the Philippines for over three years. General MacArthur returned to the Philippines with his army in late 1944, and the fight continued until Japan’s formal surrender in 1945. The Philippines had suffered a great loss of life and tremendous physical destruction by the time the war was over.

The history of the Philippines then tilted toward freedom and independence. The Republic of the Philippines gained autonomy yet not without laborious years of establishing control and growth for the nation under the shoulders of the succeeding presidents. This rich history explains a lot of things to know about Filipino culture laid out below.

The Culture and Traditions of the Philippines

As mentioned above, the Philippines’ various colonizers have brought innumerable influence to the country. Spain’s influence may have waned over the years, but its past still echoes up to the present. Roman Catholicism still dominates in the country, the national costume is based on their era’s way of clothing, several festivals are celebrated based on the Catholic faith, and marvelous architectures are still being preserved up to the present. Most importantly, Filipino women were once modeled in light of Maria Clara which modernity has swept out, and yet qualities remain.

What the Spanish occupation failed to implement was then compensated by the Americans. American rule increased the number of educated Filipinos. Throughout every aspect of Philippine dealings, the English language is colossal, which is why it’s not a surprise to find many Filipinos who can speak English like their native tongue. The ancient inclination toward superstitious beliefs is replaced with the embrace of scientific knowledge. Clothing is patterned after modern Western styles. Filipinos have also adopted American cuisines, restaurants, and fast-food chains.

Since the Japanese occupation was short-lived, they left not much permanent mark on the Filipino way of life. Today, the most notable Japanese influence on Filipino culture has been in technology, such as karaoke, videoke, cameras, etc.

Overall, the Philippines garnered autonomy in culture and traditions which they can authentically identify as their own. With the Philippines’ rich history, there is no wonder why Filipino’s genetic makeup is diverse. To learn more about the marvels of the country’s islands and people, sign up for free with us today.