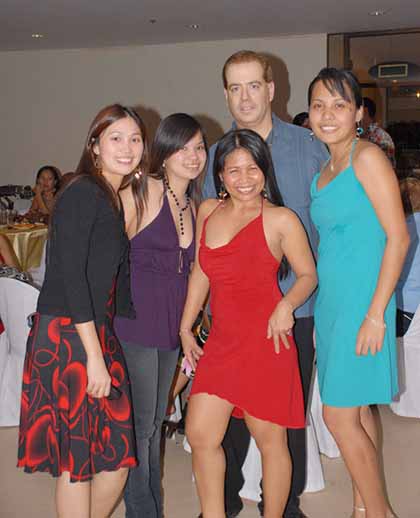 Meet hundreds of young Filipino women and learn about the advantages of marrying younger women.

Marriage is an important part of our lives as human beings. Through marriage, we are able to build families and sustain society. This union between a man and a woman is culturally recognized all over the world, no matter what religion you are in.

Despite the significance of this union in human society, more and more families are ending up being broken, with couples opting for divorce or annulment to escape the life of marriage. What has caused the onset of this trend?

Marrying for love has become murked by marrying because of attraction. Most of the time, when couples marry because they are attracted to each other, the spark goes away after spending time together. As humans, it is a fact that we easily grow tired and bored of something that we see every day. This happens to most families that marry because of attraction. The “Need” is missing from the union.

That is where marrying younger women gets an advantage. According to Rachel Lee Glass, a psychotherapist with years of experience in family therapy:

“Imagine you are a man in your 40’s or 50’s who has gone through an awful divorce. Your ego has been raked over the coals. Every flaw you have has been shouted at you. Now, imagine you are a woman in your 20’s or even early 30’s. The guys you date have roommates. They have no gas money. They are generally stoned, aimless and only looking for fun. Now imagine this young woman meets this older man.”

“What happens next is magical. This man finds a woman who appreciates everything about him. He is so smart. He is so put together. He has matching socks and credit cards. She can’t believe how romantic he is. He makes dates and shows up on time. He makes reservations. His car is clean. He can hold an intelligent conversation. He is actually getting to know her and not pawing at her all the time. He is the greatest man she has ever dated by far. He feels like he really is the greatest man too because she adores him. They fall in love and get married.”

Older men complement younger women and vice versa, because both are able to satisfy their needs. The younger woman – with her need for a secure and stable future with a man who is mature enough to love and accept her for who she is, and the older man – with his need for a woman to see his worth, give him importance, and make him feel significant and loved.

That magical moment when you finally meet the person who completes you is the best feeling anyone will ever experience. Marrying younger Filipino women satisfies just that.

Marrying is not just about being able to find the perfect partner, because the truth is, nobody is perfect. Rather, marrying should be about how your partner is able to fill your flaws. Like pieces to a puzzle, both should fit each other in ways nobody else can.

If you are still doubtful about marrying young beautiful Filipino women, read on and learn about the advantages of having one.

While there is an advantage to having a domineering spouse, conflicts eventually occur when both become more assertive and headstrong. The issue of deciding “who wears the pants” in the family becomes more apparent. With younger Filipino women, you will never have to worry about this arising from your marriage as young Filipinas are more docile.

Women, after marriage, tend to give less and less attention to how they look, pretty much because they are already married and see no need to be self-conscious. Young Filipino women, on the other hand, are very keen when it comes to how they look, especially when they are out with their spouses.

Unlike most of their western counterparts, young Filipino women are content in doing household work. They make good homemakers because they do what is expected of a wife. If you want to be taken care of, then you should marry Filipino women.

More single Filipino ladies are choosing to marry older men. This practice, popularly referred to as May-December marriages, has become a trend not only in the Philippines but in many other nations as well.

While some marry to ease their economic and financial status, some are simply in it for love and the thrill of experiencing a culture that is fairly different from theirs.

So what attracts a younger woman to an older man? Here are some of the reasons:

If these reasons are still not enough to convince you of the advantages of marrying younger Filipino women, then join us and learn more about Filipinas, the Philippines, and dating. The perfect Filipino bride may just be a click away!